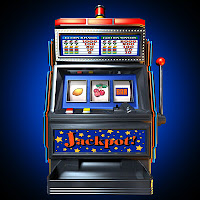 When you listen carefully to what LatAm politicos say, sometimes you notice how they inadvertently tell the truth. Today’s example is Luis Valdivieso, FinMin of Peru and overpromted IMF-trained mediocrity. This is the same dude that took over the job earlier in the year promising inflation as under control, would be 5.5% at the end of the year (bigtime miss, Luismi) and that Peru would grow 9% in 2009 (errrr…revised down recently, dumbass?).

But the lapse into truth came at yesterday’s presser when Valdivieso said (courtesy of OttoTrans™);

“…We are very lucky because the price of imported food is dropping…”
Y’see, these people can plan is prognosticate and pontificate until the cows come home, because the actual effect they have on their economies is between slight and none at all. Peru didn’t suddenly grow in the last five years because of a newly found sanity in fiscal management; it grew because the world market decided it would pay more for copper, gold, silver and all their friends. Period.

And the locals kept on telling their citizens how they’d control inflation, but it’s taken the onset of a global recession (no less) to curb the price rises felt by Peruvians (most of whom haven’t seen a penny of the much vaunted GDP growth hit their own pockets). And note the spin; the world grows, and that’s good for Peru. The world stops growing…. yessiree, that’s good for Peru, too! Jam tomorrow, anyone?

It’s all total BS…pure smoke’n’mirrors from all of them, not just Peru. Once they get past the basics of “build up reserves, tax the hell out of the little guy and leave the rich guys alone” they are then in the lap of the global gods when it comes to the long term health of their nations. It matters not the hue of governmental politics, either. If commods prices stay low, the following South American countries are in the caca: