More on the DEA 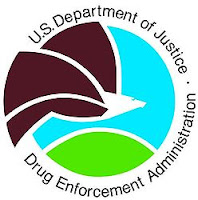 After this morning’s post that shows how Bolivia has been fighting the narcos far more effectively since it chucked out the US DEA, a reader in Venezuela sent me the link to this story published yesterday in Venezuela. The similarities are very clear: 1) a national government fed up with the USA’s attitude to Latin America 2) the fairly recent expulsion of the DEA from its territory and 3) how its combat against the drugs scourge has reportedly changed since the DEA left town.

Proven stories of corrupt DEA agents have been around for some time, of course. But what’s being called into question here are not a few rogue elements but the whole philosophy behind the DEA. Here’s the translation of the whole article.

The Vice-President of Venezuela, Ramón Carrizáles, states that facts demonstrate that the efficiency of the DEA is a lie.

The Vice-President of Venezuela, Ramón Carrizáles Rengifo, stated this Thursday that drug cartels have been detected operating inside the DEA.

While talking about the delivery of 120 transport units destined for the fight against drug trafficking and illegal use of narcotics, Carrizález stated that during the period of cooperation between Venezuela and the DEA, 2001 to 2004, 153 tonnes of drugs were confiscated, but in the period 2005 to 2008 after the cooperation was terminated, 250 tonnes were confiscated.

“We have nearly doubled the quantity of drugs that were captured when we co-operated with the DEA”, he said. “This is proof that the efficiency of the DEA is a lie. Countries show better results when their own security forces fight against drugs.” He added, “When the DEA was in Venezuela it didn’t do anything except favour drug trafficking”.

He reiterated that the Government of Venezuela always says that it is impossible to control and succeed against narcotraffickers if consumption is not controlled and if the biggest consumers of drugs do not accept that the problem is inside their own borders.

“With this act of delivery of (the 120) vehicles to prevent the social integration of drugs, Venezuela is taking an important step in the fight against the production, trafficking and consumption of drugs, the Vice President said.

He detailed that so far this year, Venezuelan forces have confiscated 8,936kg of drugs, including cocaine, marijuana, crack, basuko and heroin “because our fight against drug trafficking is a frontal assault”.