…which came out yesterday and can be found on this link right here. First this guffaw-inducing segment from the intro, signed off by Ferrari Kev and his sidekick Clayton:

Then, just under their signatures, this chunk of hilarious: 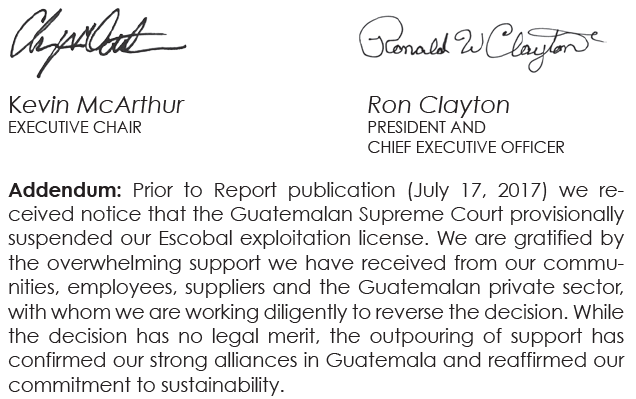 Further in the document and to underscore the accidental comedy, this:

You cannot make this stuff up. The single worst Canadian mining company offender in LatAm that’s so bad it’s even managed to get an operating mine closed down painting itself as a paragon of CSR wonderfulness. And by the way, in this document TAHO has finally, FINALLY spoken up about the accident at Escobal which killed one of its workers.