This is the USGS page link, here’s a screenshot: 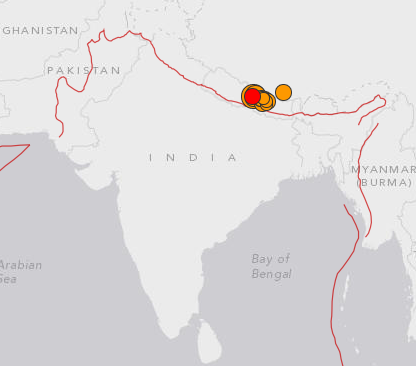 As well as the main 7.8mag event, there have been at least 15 aftershocks of 5.0 and over.

The death toll is already over 750, that will unfortunately and inevitably grow.