One of the things we do over at the weekly is to highlight and feature stocks or companies that might be of interest without making any formal recommendation on them (because we have this old-fashioned theory about how people can in fact think for themselves and don’t need to be spoon fed opinions and told how to think, but that’s another story). Here, for example, is the piece that appeared last weekend in IKN146 (Feb 19th) on Netco Silver (NEI.v), a tiny little silver explorer doing things in Argentina right now. Now be clear that stocks get featured like this because they do have something going for them, but on the other hand your humble scribe does NOT own this stock (not then, not now) and is making no formal recommendation here. It’s more of a headsup type of situation, a “hey guys, this one exists, waddya think?” kick-off that gives a start-off point for further DD by the reader, if s/he so chooses.
Anyway, here’s the note from last Sunday: 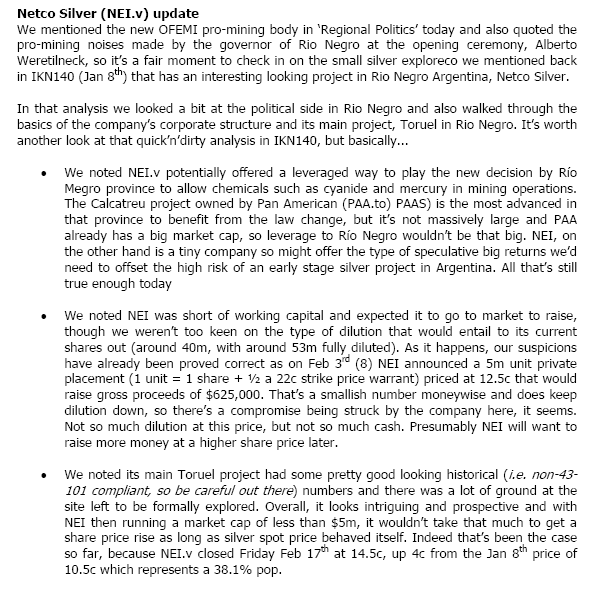 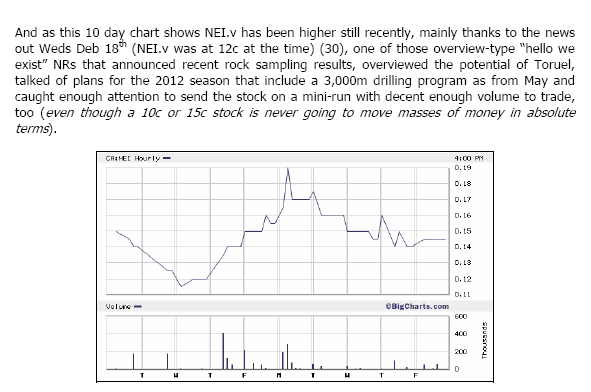