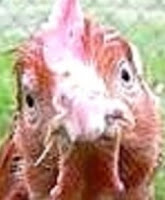 Ecuador announces that it has confiscated 30.886 metric tonnes (MT) of drugs in 2008, including 27MT of high quality cocaine. Not bad for a country that produces virtually no cocaine at all and is used as a trafficking route from Colombia and Peru.

Glencore Bolivia announces 700 job losses at its zinc/lead/silver mine in Potosí. Locals are protesting the announcement with protests in the town square. Here’s bloomberg on the news, but the Bloomie report doesn’t mention the job cuts come just after locals rejected an emergency plan put together by Glencore that would have forced workers to accept a 12 hour working day for 14 consecutive days. It’s evolution, baby……….

In Peru, the local Amazon development pressure group Aidesep has threatened to throw Dorato Resources (DRI.v) out of the area it is trying to turn into a gold mine on the Peru/Ecuador border. The Peru mining ministry came out with some BS about Dorato not being there and the cmaps being operated by Minera Afrodita, but forgot to mentin that Afrodita is optioned to be sold to Dorato with the operation due closed in 2009. Anyway, Aidesep says that if the company doesn’t leave on its own according, it a 5,000 locals will turn up at their camp and persuade them it’d be best to abadon the area.

In Argentina, the Econometrica monthly review is out for the month of December. Here’s the link to this most useful PDF that keeps Spanish speakers nicely informed on economic issues. Recommended reading, and free.

In Peru, Prime Minister Yehude Simon complains that businesses should have dropped their retail prices due to cheaper supplies, citing the example of chicken selling at S/8 per kilo (U$2.58). He accuses businesses of not playing fair. Meanwhile, Bolivia’s government sets a price limit of Bs./12 per kilo (U$1.70) for chicken and doesn’t allow the “free market” room to rip off its population.