News roundup (bits’n’bobs from here and there) 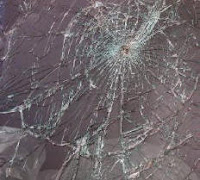 Ecuador unveils its bond buyback plan today and will likely offer 30 cents on the dollar which will make the suits at Barclays that said “40c” last month look stupid. This is good, because they are stupid and it’s about time people realized it.

Klishtina went thru (another) emergency landing yesterday, as the Argentine presidential plane was forced to turn back and land in Venezuela after they found a crack in the pilot’s window. Chavez lent her one of his jets and all was well. No word on whether her suitcases were thoroughly checked on arrival in Buenos Aires.

Peru, and Twobreakfasts’ approval rating drops again, down to 30% and 32% in two recent polls. In northern Peru (the tradition APRA stronghold and den of the thieves) he scores 42%. In the South of Peru he sores 14%. LatAm’s worst President, be in no doubt.

Chile, and even in LatAm’s most solid financial system the crisis is clearly being felt, with 60% of banks reportedly tightening credit conditions to even their largest and most trustworthy companies. So think you can get start-up capital in Colombia right now?