News roundup (half the news, some of the time) 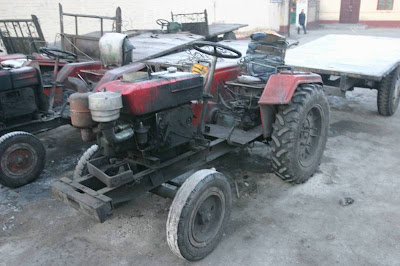 Trade-in, che?
Venezuela has recalled its ambassador to Peru ‘for consultations’ by way of protest against Peru’s granting of asylum to Manuel ‘BraveSirRobin’ Rosales. Hugo himself has been pretty quiet about the whole Peru thing………so far.

Ecuador. Only in Spain would Studmuffin have to field such dumbass questions about an Axis between Ecuador, Bolivia and Venezuela. Sincerely, the Spaniards make your average US Joe look smart on LatAm and there’s not even the language barrier to deal with. Anyway, Mr Prez-Til-2013 said (and I quote), “I’ve probably travelled more to Brazil than to Venezuela. I’ve travelled many more times to Argentina. If they (you) want to look for axes, look for them and find them….If there were an axis it wouldn’t (necessarily) be a bad thing, but explicitly there isn’t one. There’s too much talk and popular is confused with popularism.”

Fox News again accuses Mexico of…being slow off the mark with its swine flu prevention program. They even managed to find some Neocon doctor to agree with them…..que sorpresa.

Argentina, and big agromachinery company Agco reports country tractor sales down 60% in the first quarter even though they climbed 3% in Brazil in the same period. The reasons being a combo of the drought weather period and total dumbasses in government. Klishtina&Co still insist that GDP is rising in Argentina….it’s skin-crawlingly embarrassing.