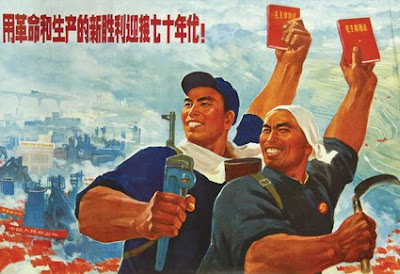 The tragedy of this week’s floods and landslides is not just a natural disaster. It’s a man-made disaster as poverty and marginalization lead people to build homes in at-risk areas and the government has failed for years to invest in risk mitigation projects. CONTINUES HERE

Otto sez: I think Tim deserves awards for what he does. My vote for the best English language LatAm blog. He doesn’t get mixed up in partisanship, he doesn’t scream and shout, he just produces articvle after article that captures his subject and educates his readers. If your interest is LatAm and you don’t have Tim’s El Salvador Blog on your radar, you’re missing out.

From The Mex Files:

While Lou Dobbs’ use of neo-nazi source material in one broadcast was shocking, it was no more a manifestation of American Exceptionalism than was John Arivosis´contention in “Americablog” that the Honduran coup was justified to prevent “another Chavez”. As opposed, to say, another Pinochet? Or, rather, another Alvaro Uribe? CONTINUES HERE

Otto sez: Mex Files nails this subject once and for all.

Nov. 13 (Bloomberg) — Venezuelans’ BlackBerrys buzz with urgent news on Twitter: an accident in La Trinidad industrial zone, a tie-up at the old toll booth on the mountain, a mudslide onto the Prados del Este highway.

Tweets flag potholes, warn of flooded roads and divulge police checkpoints on weekend nights. Politics laps into the Twitter alerts that Caracas drivers use to navigate traffic- choked streets, as posters rage at the government and stalled infrastructure projects.

Otto sez: Shome mishtake shurely ossifer!! Don’t they get immediately arrested by the local Stazi for saying bad things about Glorious Leaders??? And how can a communist country have blackberries and interwebnetpipes?? Aren’t they too busy queuing for black bread and rushing around on rumours of a supply of fresh apples?

When it comes to global manufacturing, Mexico is quickly emerging as the “new” China. According to corporate consultant AlixPartners, Mexico has leapfrogged China to be ranked as the cheapest country in the world for companies looking to manufacture products for the U.S. market. India is now No. 2, followed by China and then Brazil. In fact, Mexico’s cost advantages and has become so cheap that even Chinese companies are moving there to capitalize on the trade advantages that come from geographic proximity. CONTINUES HERE

Otto sez: This is what happens when you sign free trade agreements, Twobreakfasts.