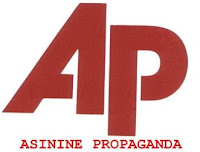 This week’s ‘No Shit Sherlock’ award goes to Gary Duncan in The Times, who might have been talking about any LatAm country and its blind following of whatever new-fangled economic doctrine is handed down to it from the expert economists (aka dumbasses in suits) of the North:

“The seductive simplicity of the inflation target as a single goal may now be judged to have been, well, just too simple.”

Bolivia: Some dude called Jimmy Carter went to Santa Cruz yesterday to talk peace and reconciliation with the local leaders. If by some miracle this story makes it to Fox News it’ll be via some snickering conversation about do-gooders. Can’t sell guns if people don’t wanna kill each other, right guys?

Mo’ Bolivia: Associated Press shows its true colors in a vomitworthy report about the mercenary terrorists. If the title line “Bolivia plot: Assassins or victims?” isn’t enough to turn your stomach, the far right apologist deception, one-sided cherrypicking of the facts and outright lies will. Truly embarrassing that AP’s LatAm coverage gets taken seriously.

Chile is ploughing $450m into its defence budget in the next month. No big deal, save the normal paranoid and jingoistic reaction from Peru. The Twobreakfasts gov’t shamelessly plays on its citizens’ inferiority complex about Chile in another round of fear’n’hate aimed at its southern neighbour.