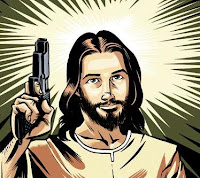 Great news for Canada’s idiotic fringe: Don’t waste your time with blogs, because now you can complain to AP about the coverage of Canadian mining companies killing Mexicans, too. Hey, there’s nothing like showing your patriotism by sticking up for murderers and scumbags that happen to have the same colour passport as you, is there?

In any other country, it would be “successful economic recipe to continue” with praise and plaudits and laurel headdresses. But when it comes to Bolivia, the fastest growing country in the region gets “Morales to tighten grip on economy after vote” as its Bloomberg bullshit headline. I wonder why……

Those of you surprised that I’d criticize Chávez don’t know your humble correspondent very well at all. The important part of LatAm politics isn’t the leadership, but binary gringo mentalities never seem to grasp that fact, obvious though it may be.

Peru tax collection finally sees a YoY rise, with the November overall number up 2.3%. This is unsurprising if you take about eight seconds to look at a spot copper price chart, but for sure Twobreakfasts will claim it as some sort of patriotic breakthrough. So as nobody seemed to care much about the YoY figures January thru October, why should we suddenly care about the next set of numbers? Gauging Peru’s growth in 2010 will be easier by comparing the macro figures to 2008, not 2009.

Meanwhile, the NYT somehow thinks that Neshtor Kirchner still has some political capital and is “making a comeback”. Total dumbass reporting showing an acute lack of knowledge of Argentina. The guy is finished but the PJ party structure props him up, end of story.