News roundup (we lick the rocks others fear to lick) 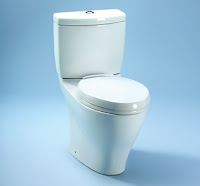 Setty got the background on how journalists get hired freelance-style to do corporate dirty work in LatAm. Today’s best read.

Aguachile (a new reco on the list, great takes on Mexico issues) has the story of how Mexico is slapping trade embargoes on the USA, having been miffed once too often by its Northern neighbour’s idea of “free trade”. Go see.

Paraguay’s Lugo has cancer, which is not good at all. He completed one of his chemotherapy sessions last weekend (he goes over to SP Braz for those) and has five more to do. Word from this report is that he’s going to take all sessions on weekends to stop interference with his job as little as possible….which after all is nothingless than running a country.

Structurally Maladjusted has disappeared. Nearly a month with nothing posted…what gives, guys?

And then there’s this, which is really difficult to put into words, except to say that those offended by bodily functions should not click through. I….errrr….”thank” the person who gave me the headsup on this….errr….unusual pictorial diary.