News roundup (we ring the bell then run like hell) 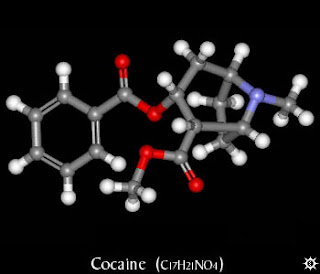 Peru gets to enjoy Wikileaks for about the first time, when the idiot US ambassador at the time makes mental noodlings about the narco-corruption inside Peru’s army, notes how he thinks military chiefs are paid off by the narcos and gets them all huffy and puffy and indignant. Personally, I think ex-Ambassador to Peru McKinley (now hanging in Colombia) is right in the general suspicion stakes but has conjectured over the wrong details. Because he’s a dumbass. Gotta love wikileaks as it shows just how blunt the sharp minds really are.
Wikileaks and Venezuela are two words that go together well, because due to media brain conditioning it’s about the only country that you gringos care about down here. Anyway, Setty does the job of keeping us up to date with the drip-drip-drip. Unsurprisingly, Alvaro Uribe has so far come across as far more of a brutish and belligerent character than that guy Hugo with the beret.
There’s an old saying in Buenos Aires Argentina. “If your car gets stolen, go look for it in Asuncion” (capital of Paraguay). According to Brazil’s Canal F, that one holds true for Sao Paulo Brazil as well. Its report covers how cars stolen from the big metropoles get trucked to Paraguay via bribed police checkpoints and barges that cross the Itaipu lake. Then they’re swapped for armaments, drugs or an average of U$2000 a piece if there’s nothing laying around to play swapsies with.
Bolivia uncovers another massive cocaine factory on its lands being run on a Colombian technology model in the eastern Santa Cruz region. You won’t get to hear about this or any other of the efforts made by the brave and hard-working FELCN Bolivian drugs squad anywhere else (in English anyway) because your media wants you to believe something completely different about Bolivia.