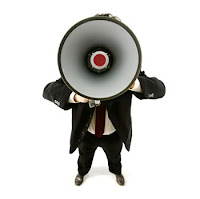 Everybody’s talking at me.
I don’t hear a word they’re saying,
Only the echoes of my mind.
(Harry Nilsson, Everybody’s talking at me)
The noise from the pumpy BS companies and their promoters (full to the brim with shares and ready to sell them to saps) is getting louder. Over the weekend I’ve had headsup on a couple of stocks getting the full pump treatment from people that deserve jail more than the profits they’ll reap from the market. We’ve already mentioned NDR.v last week. Another scumball doing da pump has chosen YEL.v (a total dog) as his vehicle. And we haven’t even got round to EC.v (the new crystallex) yet….or the alluvial gold start-ups (CMIN.ob, Affinity, Minatura etc etc etc)….or KPS.v….or the dozens of Colombia area plays that have as much chance of becoming mines as Rush Limbaugh has of winning the Nobel Peace Prize. All scams bar none and the list goes on and on and on.

The solution? Block out the noise, do good DD and make sure your money is on stocks with serious people and good prospects. If you want to play double or nothing with your money, I suggest LasVegas as a better option. The house there still wins in the long run but it doesn’t have half as much of an advantage as it does amongst the sharks of the TSX.

Do your own research. Do your own checking. Do your own DD. There are too many people out there ready to rip you off to trust anyone but yourself.