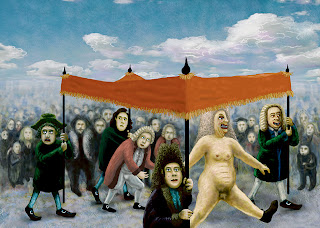 At last! Somebody in the metals trading world with a bit of clout has spoken up and pointed to the abject stupidity of the new commodities ETFs being led up by copper. Our source is this Reuters note, our voice is Jeffrey Currie of Goldman Sachs and the argument is simplicity itself:

OXFORD, England, Jan 5 (Reuters) – Exchange-traded funds (ETFs) backed by physical commodities other than gold are an “utterly crazy idea”, Goldman Sachs (NYSE: GS – news) analyst Jeffrey Currie said on Wednesday.
“The key to why it works in gold but won’t work in beef or soybeans is that gold is very easy to store,” he said at the Oxford Farming Conference.
ETFs backed by physical gold have attracted investment of up to $8.1 billion. UK-based ETF Securities last month listed products backed by copper, nickel and tin on the London Stock Exchange and plans to launch aluminium, zinc and lead this quarter.
Those products have so far attracted only a small fraction of the level of investment in gold ETFs.
Currie said the gold required to back the $8.1 billion investment would roughly fill the stage at the Oxford Farming Conference while an aluminium ETF with a similar investment would need enough metal to fill London’s Wembley Stadium. CONTINUES HERE

IKN sez: The sooner this trend of treating commodities as assets is over, the better for all of us. The gold ETF (GLD) is a smart enough idea (because gold is an asset, not a commodity). I accept the silver ETF (SLV) at a pinch because of the metal’s split personality. But a copper ETF? What’s the idea here, use the London bonded warehouses as a permanent store for the ETFs physical copper? Well for one thing that might explain the recent inventory bounce (note ‘might’, it’s just a thought and there are other influences at play) but you think that storage comes for free?
Currie’s argument is sound and correct but there’s something even more basic to note. Beef, soybeans, copper, tin and all other commodities are not a store of value. For sure you can trade them or sell them or hoard them if you like, but they’re all means to an end, not the end themselves. An asset has to be something other people want for what it is (a dollar bill, a house, an ounce of gold) and copper is only wanted by other people for what it might become later (a coil, a tube, a wire). That’s not an asset and has no right to get some cockamamey ETF set up around it.