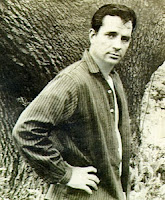 Your humble scribe will pretend to be out of the office, pretend to visit people and pretend to work on deep due diligence in the mining sector for the next three days, in which time posting will be light. So considering the metals market action so far this week we leave you in the capable hands of Jack…

There was an old rusty freighter out in the bay that was used as a buoy. Remi was all for rowing out to it, so one afternoon Lee Ann packed a lunch and we hired a boat and went out there. Remi brought some tools. Lee Ann took all her clothes off and lay down to sun herself on the flying bridge. I watched her from the poop. Remi went clear down to the boiler rooms below, where rats scurried around, and began hammering and banging away for copper lining that wasn’t there. I sat in the dilapidated officer’s mess. It was an old, old ship and had been beautifully appointed, with scrollwork in the wood, and built-in seachests. This was the ghost of the San Francisco of Jack London. I dreamed at the sunny messboard. Rats ran in the pantry. Once upon a time there’d been a blue-eyed sea captain dining in here.
I joined Remi in the bowels below. He yanked at everything loose. “Not a thing. I thought there’d be copper, I thought there’d be at least an old wrench or two. This ship’s been stripped by a bunch of thieves.” It had been standing in the bay for years. The copper had been stolen by a hand that was a hand no more.
I said to Remi, “I’d love to sleep in this old ship some night when the fog comes in and the thing creaks and you hear the big B-O of the buoys.”
Remi was astounded; his admiration for me doubled. “Sal, I’ll pay you five dollars if you have the nerve to do that. Don’t you realize this thing may be haunted by the ghosts of old sea captains? I’ll not only pay you five, I’ll row you out and pack you a lunch and lend you blankets and candle.”
“Agreed!” I said.

...and by way of bonus, Paco de Lucia and his Sevillana “Cobre”. Spanish for ‘copper’, of course.