Orko Silver (OK.v): So I got the timing wrong 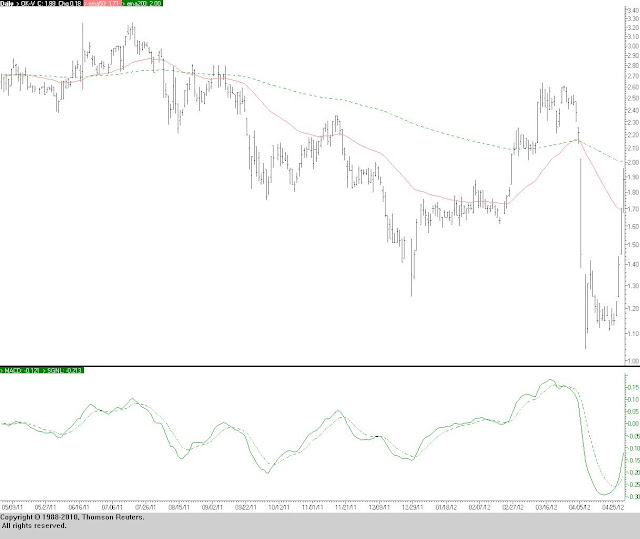 What follows is from IKN153 dated April 8th and IKN154 dated April 15th. My clear mistake was to have got the timing wrong and I think that’s because I’m not very good at reading the minds of delinquents. As it turns out, the scamrunning insider manipulating scumballs running this show have hit the pump button earlier than expected, but the rest of what you read is pretty close though, imho.
Disclosure: What follows was for the benefits of subscribers only, because I had no position in OK.v, I have no position in OK.v and will never have one, either. Frankly, I’d rather eat raw chimpanzee testicles than sponsor the type of shit that goes on in Canada stocks like this one. The people running this scam need jail time, not your money inflating trading volume.

Orko Silver (OK.v) and the story of a pump foretold
The news out on Friday that Orko Silver (OK.v) management was (and we quote), “…very excited about regaining 100% ownership of the La Preciosa project…” (20) did to the stock exactly what it should have done to the stock, namely dumped it down by 35%. It also got a mention on the blog (21) in the normal, superficial and sarcastic tone but what I’d like to do here is look a little further into the future, because it looks as though OK.v is setting itself up for a real promo pumpjob at some time during the Northern summer (or perhaps around Labor Day, which wouldn’t surprise me in the slightest) and those of you who like…..errrr, how can we put this?……punctual trading opportunities may want to make a few notes on a calendar. The ingredients are as follows:
1) A company with a long history is aggressive promotion led up by a morally challenged management team (and yes, this is the Weekly not the blog so I’m being diplomatic).
2) A rejection of the La Preciosa project by the funding company (PAAS) that would have meant OK.v had a free ride to 45% of the mine. PAAS has handed back the property rather than deliver the feasibility study due on the property because its “…..continued participation in the La Preciosa project is unlikely to generate a rate of return that meets Pan American’s internal economic hurdle rate.”
3) Now that OK.v has 100% of the La Preciosa project under control, it has already charged third party 43-101 compilers AMEC with the job of producing an updated 43-101 PEA (Preliminary Economic Assessment, aka scoping study) that’s should be delivered by July this year, according to last week’s NR.
4) The PEA due later this year comes on the back of a PEA delivered to the PAAS/OK.v JV in August 2011 and has been commissioned instead of any pre-feasibility study or full feasibility study (remember than to comply with its commitments, PAAS had to deliver a feas by April 13th 2012).
Now for what we see as the pump to come. As we noted a few days ago in this post (22) on the blog, there seems to be a new interest being placed by regulatory authorities on the whole subject of PEAs (aka scoping studies) and the way they’re being used by junior mining companies to circumvent the strict controls imposed by the pre-feasibility and full feasibility study levels of 43-101 assessment reports. Or put in more basic terms, the fashion of running financings on PEAs rather than pre-feas or feas studies has become so obvious and prevalent that even the dead-from-neck-up industry watchdogs that allow umpteen scams to pass before their noses in Canada have noticed there’s something strange going on here and are actually doing something about it, a minor miracle in itself. This isn’t a new thing, either. In fact, way back in 2008, pro-geol Mickey Fulp published this paper (23) that included these words….

“My experience is that many Inferred Resource project estimates delivered by hired gun consulting geological engineers in 43-101 Technical Reports have little chance of ever being upgraded to Measured and Indicated Resources let alone an economically feasible Proven and Probable Mineral Reserve.”

…which have been borne out as somewhere between true and 100% on-the-money in the time since then (by way of a little anecdotal, it was that Fulp essay that got me to cold-contact the guy and since then we’ve become friends. I mention this to illustrate that my high opinion of him as a professional comes before any personal likes or dislikes and it remains that way to date). And let’s just repeat a basic fact to make sure the differences are understood here. According to the CIM 43-101 rules, a PEA is allowed to use inferred mineralization in its calculations, but in a pre-feasibility study or in a feasibility study you cannot use inferred mineralization and anything classed as “inferred” must be considered waste.
So what’s being set up here? Well put briefly, a scuzzy management team with a reputation for pumping their stock (and taking profits via insider selling) has decided not to use the $13m or so it says it has at bank to drill its inferred mineralization to a sufficient level and then produce a rigorous, industry standard feasibility study for La Preciosa. Instead, it’s going to produce another PEA, on the back of one less than a year old, that will “optimize” certain parts of the plan and show just how wonderful the property and the project really is. And we note that the PEA back in 2011 wasn’t produced to specifically impress the wider world, as the idea was to impress its JV partner enough to take La Preciosa to feasibility level. Now that plan has fallen through, OK.v will produce another PEA for La Preciosa but this time the company isn’t out to impress an expert audience from a large mining company that actually knows what it takes to mine silver in Mexico. This time, the audience for OK.v’s “enhanced”, “improved”, “optimized” PEA will be us, the retail shareholder grunts that are more easily blinded by sequins thrown into eyes.
Let’s be clear here, the drop in OK.v share price last Friday was fully justified because the handing back of La Preciosa to OK.v is a very negative sign. A major mining company has received a PEA, has done extra work, has decided that it doesn’t want to take it any further based on what it has seen. Let’s also be clear about the OK.v strategy, who will now tell us that the project has a lot of improvement possible and that the upcoming PEA will show as much (and by the way, they’re also bound to tell us at some point that it was the fact PAAS had to carry 100% of capex for 55% of the mine that was the killer to the deal). But if this project is so great, why isn’t OK.v keen on spending more time and getting a more reliable study out, instead of another PEA? With $13m at bank they have enough to drill and take it to the feas level, so why is OK.v keen on duplicating work to a lower level that was completed less than a year ago?
The answer is that there’s a promo pump in the works and it’s being built especially for you, dear kind retail junior mining investor. And for me too. You can bet money that when the new improved PEA comes out, the numbers will sparkle, the analysts at the Canadian brokerages analysts (that made their commish last time and will make it again next time) will fall in love with La Preciosa all over again, the project’s rejection by PAAS will become a thing of the past and a significant corner of the peanut gallery will even have a shot at ridiculing PAAS for the gross mistake of judgment it made by handing back this screamingly good asset.
So if your of the ilk of market player that likes to get on before these pumps start, it may be worth making a note in your diary about July 2012 and OK.v. The idea would be to see how the land lies between now and then , but closer to the start of the next chapter in this promo, buy some discounted shares and then when the almost certain-to-impress new PEA comes out, ride up the wave of new love and happiness in the stock and its asset. But just make sure you sell before the next round of financing is announced

IKN154
Orko Silver (OK.v) follow-up
After listening to the conference call from OK.v on Wednesday April 11th (you can still hear it on replay, details here (18)) I heard nothing to deflect my call of last week on this stock and I’m therefore even more sure that OK.v is being set up for a mid-year promo pump via a “improved PEA” designed for the retail investor market that will go far beyond the PEA delivered last year that was designed to impress a single set of readers, i.e. those in the erstwhile JV partner Pan American (PAAS). There’s no need to take the current prices and wait on this stock, as the potential trade here is be a punctual one at-or-around the July 2012 time pencilled in for the PEA delivery. At this point, one about which we scratch a word or two onto our calendars and that’s all.