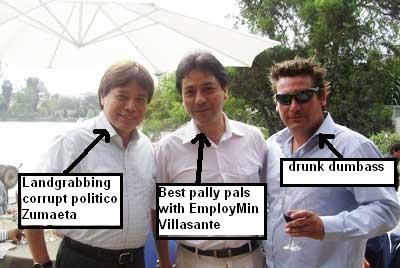 Remember Cesar Zumaeta from this story last week?
Nice to have a pal as a gov’t minister, innit

Anti-crisis measures come to Peru! After all that bluff and nonsense from Twobreakfasts about how Peru was armour-plated against the financial crisis and the ongoing WalterMittyness of FinMin Carranza saying how Peru will grow 4% this year (betcha he doesn’t resign when it ends up as 2%), we now get the Employment Minister Jorge Villasante saying that his “Revalora Peru” plan to be launched on Tuesday will create 215,000 new jobs by placing laid off workers in new work areas (that’s code for “miner becomes box-shifter”).

But scratch the surface of this “new” plan, and we see that it’s exactly the same anti-crisis pro-employment plan that Peru launched in December 2008 to combat the financial downturn. The only thing that has changed is the name, as before the name change it was called “PERLAB” (Programa Especial de Reconversión Laboral, or Special Laboral Reconversion Program).

So how many people has this program managed to help in the past five months? 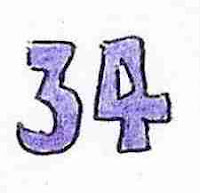 Yep, the same ministry with the same plan expects to move their success rate from thirty-four people in five months over the length and breadth of Peru to 215,000 with the change of a name and a wave of a magic wand. I’m not making this up; it’s exactly the same plan with a different name.

And you gringos actually believe Peru is worthy of Investment Grade.