Peru police use snipers to kill in Bagua

From the Peru blog elMorsa: 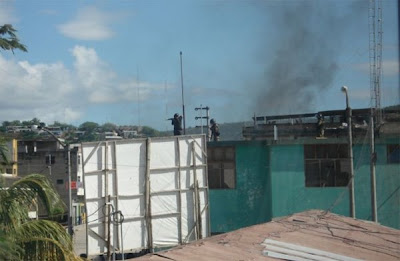 No commentary necessary, really. And you guys up there think that Chávez is the thug. Madness. 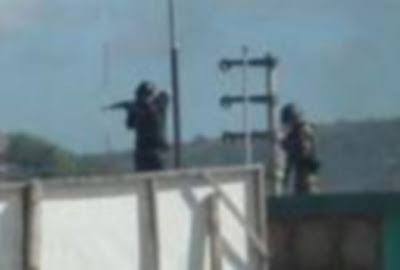 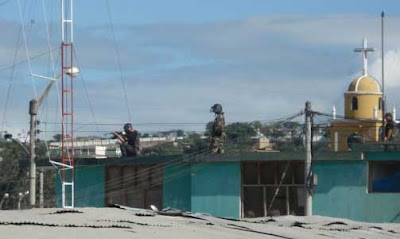 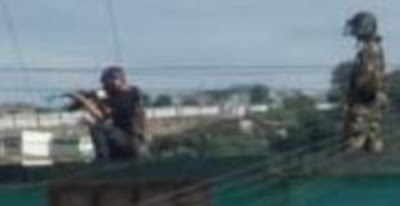 Dead civilian shot in the back (also Utero): 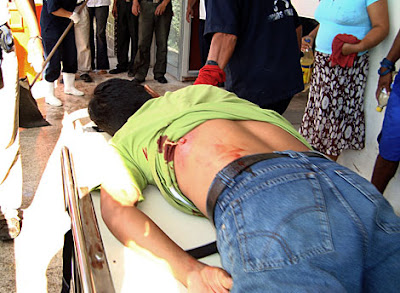 Plenty of photos of the mayhem here

As for jawdroppingly racist, fascist and arrogant quote of the day, that goes to Alan García.
“They (Amazon indigenous) are not first class citizens.”

Here’s a good blog “Bagua Peru”, with the blogger updating regularly today on everything that’s been happening. Here’s a snippet from one of the posts:

“Also, it’s been noted that police in the Curva del Diablo sector have started using special bags to retrieve human remains (i.e. bodies) and it is feared that they will be disappeared to bring down the bodycount.”

Still liking this “investment grade” Peru of yours, gringo?

Burning the evidence
The post from Red Ucuyali is the necessary translation below. Seems like Twobreakfasts has learned some tricks from Uribe; burn the bodies and say “hey…wasn’t that bad y’know”

Feliz Calva Guerrero, reporter for Radio Marañón, says he has seen various dead people with bullet wounds and/or savagely beaten (‘massacred’ was the term he used) and that the police were burning the bodies.

Marijke Deleu, a Belgian volunteer who has been a supporter of the indigenous strike action since last month, has said that she was in the area called ‘El Reposo’ when the police offensive began. She said that they started to bomb the protestors from the air and those surrounding them opened fire with machine guns. She said “there was nowhere to run”. At 5pm she went back to the El Reposo zone where she saw the bodies of five indigenous. All were very young. One had been shot in the mouth. The police were looking in the surrounding hillsides for more bodies. Up to that moment no fiscal had been to the scene. She has heard from other people that the police are taking the bodies to the El Milagro army barracks to burn them.

Here’s some shaky footage from Peru TV tonight of the images being shown on the news shows.