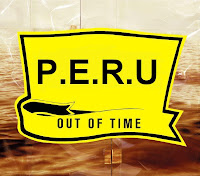 Everyone around love them, love them
Put it in your hands
Take it take it
There’s no time to cry
Happy happy
Put it in your heart
Where tomorrow shines
Gold and silver shine
R.E.M Shiny Happy People
Thanks to the Twobreakfasts government, Peru is now the place of happiness. Non-stop growth has brought wealth and opportunity to the whole country. The bright future that was promised has arrived. Peru is now on course to join the the industrialized nations.

Now most people know that the Bagua massacre happened, but surely that was an isolated incident There can’t be that much social unrest in a country that’s growing so quickly and so strongly, gaining plaudits from its peers and investment dollars attracted from abroad.

Wrong. In the sordid, rich-get-richer reality that is Peru, the Defensoría del Pueblo (“defender of the people”… a cool name for what’s basically an ombudsman) registered 273 ‘cases of conflict’ in Peru in the month of June (yes…one freakin’ month!). Of those, 83% have not been resolved to date. By way of context, June 2008 registered 132 ‘cases of conflict’.

The current disputes also break down into categories, with the largest (47%) being social, 15% municipal government disputes and 12% labour disputes. As the protestors currently paralyzing provincial Peru and bits of Lima during the current, three day general strike would say, “Meet me in the crowd, people, people.”