Peru: the first of many downward revisions 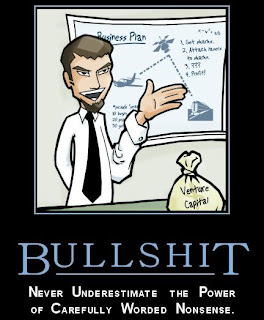 It didn’t take long for the smiles to begin leaving the faces of Peru’s financial glitterati. After being told since November by Twobreakfasts, by FinMin Luismi Valdivieso, by the Central Bank and by any official bullshitter you could point a stick at that Peru’s GDP would grow 6.5% in 2009, the first revision has appeared.

Buried in this upbeat note from Reuters is the Central Bank’s new forecast of 6.0% GDP growth. Now that may still seem good to you, IncaKuloNewser, but these are the same people who confidently predicted 2008 inflation at 3% for 2008 (it finished more than double).

Otto can also confidently predict things. Confident predictions include that between now and March we’ll have one more downward revision of GDP to maybe 5%. Then around September 2009 4% or so, but nobody will care because the gov’t will keep screaming about how inflation is dropping and all is well and it’s not their fault that GDP isn’t living up to expectations anyway.

Meanwhile, remember that at the end of this GDP rainbow there’s no pot of gold for the 40% (and climbing) of Peruvians that live under an already very low poverty line.