Peru: There are none so blind……. 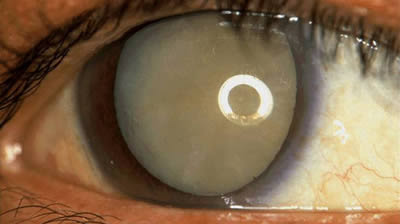 Cataracts are not nice things at all
The subject is Peru’s health service. Today President Twobreakfasts told his little world that the Venezuelan-backed “Mision Milagro” (Miracle Mission) health service that was withdrawn from Peru earlier this month had performed 1,500 operations for Peru. He went on to favourably compare Peru’s ‘Essalud’ health service to that of the Mision . In his words;

“The Miracle Mission, and well done to them, operated on 1,500 (Peruvian) people in two years. Essalud, and better done, operated on 25,000 people in one year. And this is the best way of showing what is the good option, the most efficient option and therefore the people support it.”

This only shows that Twobreakfasts’ grip on reality is slipping fast. Some points to make:

The vast majority of those operations performed in Copacabana, Bolivia, were for cataracts, a procedure that costs real money in Peru. For many of the Mision operation recipients it was the difference between going blind and being able to see for the rest of their lives. This is the service that Twobreakfasts witchunted out of his country and refuses to recognize. This is the operation that he denies has helped 16,000 of his own citizens. We’re now at the point where he could tattoo “I don’t give a damn about the poor” on his forehead and it wouldn’t make a jot of difference to the image he presents.