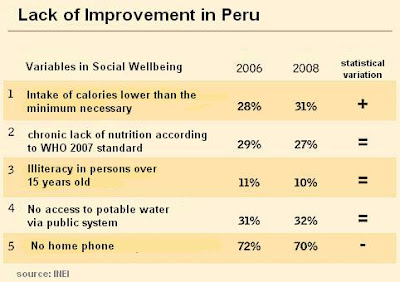 ……. comes from this report on Caretas today that shows up close and personal, once again, that Twobreakfast’s obsession with GDP and his KY Jelly attitude to foreign direct investment have not helped Peruvians in the slightest. Note that between 2006 and 2008 and according to the official figures (i.e. this is not a case of making shit up):
And the biggest takeaway from all this is that this was the supposed “boom period” in Peru, with GDP growth rates over 9%! What are these figures going to look like after our present crisis year is over? Are you beginning to understand why Twobreakfasts is such an unpopular president in Peru yet, or do you need “I am a moron” tattooed on your forehead?
Viva Investment Grade. Viva, viva, viva.

PS: for those that don’t suffer under a Castilian challenge, here’s the original table 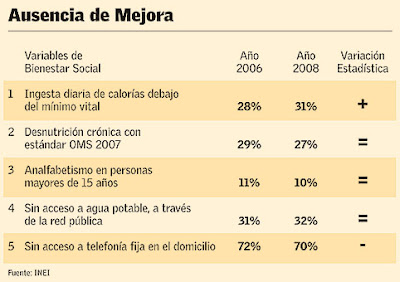