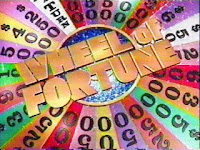 Twobreakfasts this morning announced that the current band of ineffective and corrupt puppets that make up his cabinet will be changed this weekend, including the official goodbye for Yehude Simon. Speculation is now underway about who will make up the new cabinet of ineffective and corrupt puppets with “Who gets the PM job?” top of the list of chattering class questions that nobody outside Peru really cares about.

Thus, as Otto would just love to join the chattering classes one of these days, here’s a list of possibles with odds and comments by your humble scribe:

Pedro Pablo Kuczynski: Most likely choice right now. PPK has made it clear he’s running for Prez in 2011 and the PM job will give him the public radar he needs to launch a campaign. Architect of the economic reforms in the Toledo gov’t. Rich and influential and likes reminding people of those two facts. Current odds: Even money.

Rafael Rey: The current Ambassador to Italy, Twobreakfasts met with Rey last weekend for informal talks about…..we don’t know (it was off agenda). Not an APRA party member but rightwing leaning and proponent of orthodox economic measures (i.e. status quo in Peru). Member of Opus Dei. Current odds: 3/1 (but quite likely to get a cabinet job).

José Chang: Current Education Minister, APRA lapdog and Twobreakfasts sycophant. About as charismatic as a vanilla blancmange. If Twobreakfasts wants to play it neutral (unlikely) he has a squeak. Current odds: 6/1.

Mercedes Araoz: Current Minister of Foreign Commerce and the point person in the Free Trade Agreements. An honest politico (that rare breed in Peru) and generally liked (perhaps better said is ‘not disliked’) by both peers and citizens. May be too valuable where she already is. Current odds: 8/1.

Lourdes Flores: Head of the UN party and rightwing fave, Flores might accept if offered to give herself radar before 2011. Twobreakfasts would have to swallow some of the gargantuan pride to put her in a position of power, though. Coming to the end of her shelf life as a presidential candidate. Current odds: 10/1

Javier Silva Ruete: Ex-FinMin and respected figure, but probably ruled out because he’s nobody’s puppet. The kind of guy that’s just too honest to get to the top in PeruPolitik. Current odds 10/1.

Ollanta Humala: More chance of the hole in my tush healing up than this dude getting a job under Twobreakfasts. Current odds: 100/1.