Peru’s economic liars: A primer for those who need to get up to speed

It has been brought to my attention that certain higher-traffic bloggers and financial commentators who were plug-dumb enough to buy into the “economic miracle” bunkum and lies spread by Peru’s government and central bank lackeys (ably helped along by the dumbasses in suits at the IMF and World Bank) and were silly enough to regurgitate official numbers to their innocent flocks of readers have recently discovered IKN and are beginning to wake up, smell coffee and recognize they’ve been hoodwinked*.

And thus for their benefit, your humble correspondent has thrown together this little primer on the lies spread by this most pathetic of governments. First let’s take in the figures in question via this chart:

And now let’s hear what we’ve been told all this time:

January 19th: “Minister Carranza acknowledged the strength that characterizes the Peruvian economy….with a projected growth rate in 2009 of at least 6%. ”

March 8th: “The results obtained from the leading indicator studies estimate an increase (of GDP) of 4.5%, 3.0% and 3.9% for the months of January, February and March 2009, respectively.” (Peru official INEI stats office) 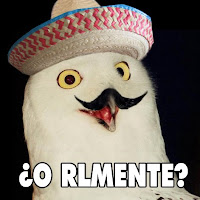 April 16th: Commenting on the February 0.17% growth rate registered, Carranza said, “February has been atypical and has been a pothole…additionally the impulse from the finance sector will show in the second quarter of the year.” 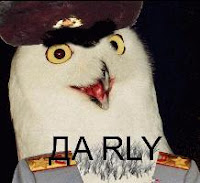 May 5 2009: “”We likely hit the bottom in the first quarter, and we should see a stronger recovery in the second quarter,” he (Carranza) told Reuters.” 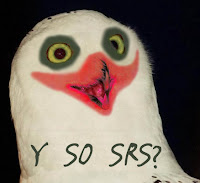 It goes on and on, with each and all this time your humble correspondent laughing tragic laughs and explaining how much bullshit is being spread by these unclothed emperors. Then finally, after half a year had gone by, some of the dumbasses in suits who fell for this crap for month after month up in gringoworld started seeing reason.

August 3rd: ““The lack of recovery signs following the first half 2009 growth collapse has many increasingly skeptical of Peru’s growth story,” said Merrill Lynch in a report Monday. “

But it’s not just Spongebob Carranza, either. Goes without saying that Twobreakfasts is BSsing (his only talent), but as another example Peru’s foreign trade minister Martin Perez is quoted in Newsweek as late as July 30th as saying:

” As a result of these actions, during the first half of the year, Peru’s economy grew 0.9 percent. Martin Perez, Peru’s minister of foreign trade and tourism, told Bloomberg he expects GDP to grow between 2.5 percent and 3 percent this year.

“Exports have suffered around 15 percent but the stimulus package the government has passed is trying to bring forth internal demand,” he was quoted as saying by the magazine.“

Now we can argue the toss about Peru’s final 2009 figure if you like (for the record, he’s still aiming high), but there are not one but two factually proveable incorrect statements in that short passage. Firstly, Peru’s economy grew 0.34% in the first half of 2009 according to govt figures (that are also BS and way high) and not Perez’s 0.9%. Secondly Perez says “exports have suffered around 15%” which is a barefaced lie. Peru’s exports dropped 29.66% in the period in question, nigh on double Perez’s balderdash. Again, official numbers. And as I hear you asking “what difference does it make anyway, Otto”, let me tell you; that 15% understatement makes for two point four billion dollars in exports, or around 2% of Peru’s GDP.

These people are liars. Plain and simple, look at the evidence above. This is the country that has a foreign trade minister overestimating foreign trade by $2.4Bn in Newsweek and because it’s Amerika’s friend nobody bothers to fact check, nobody questions, the nodding donkeys nod their heads and the moving finger, having writ, moves on. Meanwhile, here follows one segment from a whole plethora of posts at IKN that nailed the real story months and months ago. March 16th:

Moral of this story: Be they your local mayor’s office, your own country, Peru or LatAm or Asia or anywhere else you like, politicians do not tell the truth. However the mass hypnosis created by battering out the same “Peru miracle” story from all sources and feeding it to a compliant and brainless media means that the same lies and bullshit pervades into the financial commentaries of those with serious influence that are either 1) too stupid to work it out for themselves or 2) too lazy to bother checking the figures themselves before spreading the BS on. Yeah, that means you, “T”**.

*That was a mouthful of a paragraph, wasn’t it?
**Before you mail and accuse me of bolshiness again note that I’m not naming you; my pathetic way of being nice, as I think you’re saveable re LatAm.