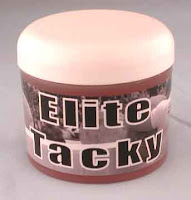 On the back of the Manuel BraveSirRobin Rosales and his escape from what he calls political persecution in Venezuela (and what normal people call corruption and tax evasion), Bolivians about to face trial are skipping into Peru, too.

Three of the 15 ex-gov’t lackeys in the 2003 Goni government accused of the illegal killing of up to 60 people in the El Alto “gas wars” disturbances of that period have made it to Lima and are seeking politial asylum there. So since then we’ve had a whole new round of name-calling, with, Evo saying that Peru can’t turn into a “centre for criminals” calling Alan “chabacano” (which roughly translates as ‘tacky’ or ‘vulgar’ under the circumstances) and demanding the return of the exiles, and then Peru’s criollo dumbass ruling class wringing their hands and going “Oooooh! He can’t say thaaaaat! What a horrible thing to say!” without noting that Peru’s education minister Chang used exactly that word against Evo in March and Dr. Morales was just returning the favour.

But it’s all clearly a smoke’n’mirrors thing anyway as IKN can exclusively reveal that all these corrupt foreign politics are being invited to Peru because of their swollen back pockets. According to our top financial source* this “bring on the badass rich dudes” ploy is the brand new plan to keep Peru’s ficticious growth rate moving forward.
Pisco sours served.

*the guy that sells the morning paper