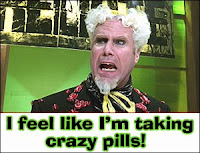 LIMA, May 22 (Reuters) – Official statistics on economic growth in Peru may be too optimistic and painting a picture showing economic expansion when in fact the Andean country is in a recession, two Peruvian academics said.

Peru’s statistics agency, the INEI, started working with a new methodology for calculating gross domestic product in 2007, and its results sharply diverge from the previous model.

Bruno Seminario, an economics professor at the Universidad del Pacifico in Lima who has taken current data and run them threw the old model, says Peru’s economy is in fact shrinking at a time when President Alan Garcia says his country is largely sidestepping fallout from the global downturn.

“This change (to a new methodology) has generated so many distortions that nobody knows what’s going on,” Seminario told Reuters in an interview on Friday.

INEI director Renan Quispe, who declined to comment for this article but in the past has insisted he has “improved” the method for calculating GDP, has measured growth at 3.14 percent in January, 0.19 percent in February, and 3.05 percent in March using his new methodology.

But Seminario said that when the INEI’s previous model is used, the numbers look much worse and show economic contraction of 0.51 percent, 1.38 percent, and 1.71 percent in each of the first three months of this year.

He said Peru is suffering a recession similar to the one it fell into after the 1997-8 Asian financial crisis, and that Peru’s economy has ground to a halt after surging nearly 10 percent each of the last two years on a boom in commodities prices.

Seminario said the results produced by the new methodology the INEI is using are counterintuitive at a time when other indicators and countries that rely on commodities exports are suffering sharper declines.

The current slowdown has caused critics to take a closer look at official GDP numbers.

Economists also complain that the new methodology is a bit of a black box, wasn’t subjected to a public comment period by independent statisticians before being introduced, and that the official results suggest a series of flimsy assumptions were put into the new model.

“Nobody’s seen the survey or the deflators,” Seminario said. “The only sensible thing to do is for the INEI to publish both series of numbers.”

He isn’t the only critic.

Farid Matuk, the former head of the INEI who was fired from his job after Garcia took office, has also written that he thinks the numbers are inflated.

He has even gone so far to say that the government has filed several lawsuits against him in retaliation for criticizing the GDP numbers.

Critics say the INEI is being imprudent by deriving some key numbers from estimates, instead of actual surveys.

Still other critics have compared Garcia’s administration to the Kirchner governments in Argentina, which private economists have criticized for manipulating official statistics for political ends.

“The strategy to alter part of the measurement of GDP is misguided because the sectors ‘other services,’ commerce, construction, among others, are measured between the four walls of the INEI,” Matuk has said.