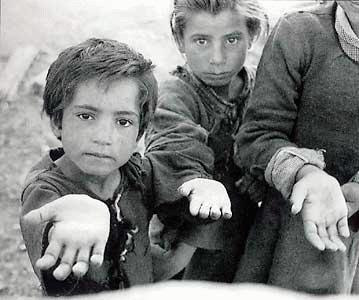 This week, the liars at Peru’s INEI official stats office announced to the dropjaw astonishment of every sentient being following these things that Peru’s poverty level dropped by 1.4% in 2009 to stand at 34.8% of the population. Now these INEI people have been shown over time to be pretty barefaced and shameless in the way they manipulate statistics, but this one really takes the biscuit and is worse than anything that even Argentina’s INDEC could have cooked up.

Put in bullet points, we are supposed to swallow without thinking that 290,000 people rose above the poverty line in one year when in that same year:

And all this 1.4% poverty drop comes from a Stats office that refuses to publish its methodology in a transparent way, thus denying any third party the chance of checking its results.

The reaction
By way of reaction, local economics experts had their own comments to make. Respected expert on Peruvian socioeconomic affairs Armando Mendoza said, “If we take as our starting point the consensus amongst economists that to reduce the poverty levels a growth rate of 4% must be achieved, it strange to determine how they end up with this result. The INEO should have previously presented the methodology used.” Meanwhile, ex-head of the INEI and fervent Twobreakfasts critic Farid Matuk, a man who knows the office backwards and has repeatedly accused the current government of massaging its macro figures, said, “The reference pool of the population between 1997 to 2007 included 20% of the poor that were suddenly exluded in an arbitrary manner in 2008, and they have modified the pool once again in 2009. That arbitrary change in 2008 facilitated the unreal reduction in poverty in that year.” Put into real English, the INEI has been making shit up for years.

Matuk then went on to point out the irony of a country that on the one hand, uses new and secret changes to its methodology to bring down its poverty level in monetary terms from 44% to under 35% in just four years, but meanwhile another statistical set published by the same INEI office that has kept its original method and database is that of alimentary poverty (quite literally the number of people that don’t get enough calories to eat according to world-recognized standards) has seen a rise from 30% to 32% in the same period of time. Hey, at this rate it won’t be long before there are people who are officially not poor but officially hungry.

The INEI is run by liars and scoundrels, but this won’t stop the latest batch of BS from passing out of the Goebbelesque offices of government propaganda and into the world of the accepted. You can bet your hide that all sorts of international bodies will be citing this 34.8% rubbish as part of their elogy-laden speeches and papers about Peru. It’s nonsense and the Twobreakfasts government’s contempt for the wellbeing of its own people has never been writ more large this this week.