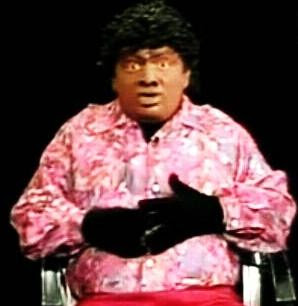 This is “el Negro Mama”, a character from Peru’s most
popular primetime comedy show 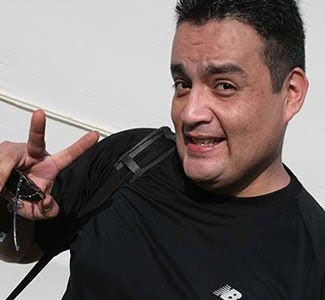 And this is Jorge Benavides, the man who
created and plays El Negro Mama.
Dan Collyns’ of the Beeb writes a good and extensive note on the deep-seated racism in Peru. It’s tempting to paste the whole report up because it’s quality stuff, but we’re going to respect origins, just put up one small extract and encourage you to click through and read it all in situ:

Racial stereotypes are reinforced on a daily basis in the media. Tabloid newspapers use crude sexual innuendo to describe a black congresswoman in a way they would not dare refer to a white member of parliament.

They compare a black footballer to a gorilla when he loses his temper on the pitch.

And on prime-time Saturday night television, the country’s most popular comedy programme abounds with racial stereotypes with which the audience are so familiar they scarcely question what they are watching.