Piñera does the right thing 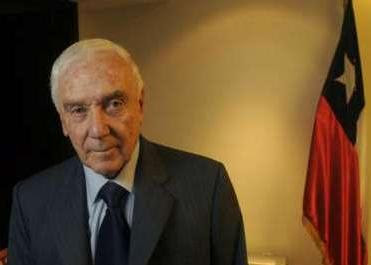 goodbye crusty white person with far right views
As reported by Maladjusted this morning, there’s been a big hoo-hah down this way thanks to an interview given by Chile’s ambassador to Argentina in which he said that the Pinochet years weren’t that big a deal. Here’s the exact quote as IKN shamelessly lifts SM’s good translation:

“The majority of Chile didn’t feel the impact of the dictatorship. On the contrary, they were relieved. Because before you couldn’t buy anything imported, you had to pay for what was produced in Chile–expensive and bad. Over night, you started to find out what was missing. The people won. Then the streets were cleaned and people started to have jobs.”

For details of how dumbass this crusty was when opening his mouth, check out the Maladjusted post.

So the news out of Chile a few minutes ago is that ambassador Otero (for it is he above) has “had his resignation accepted” (i.e. Seb Piñera has booted his ass outta town) even after he gave it the full apology. This is good. I’m actually beginning to like this Piñera dude, much to my own surprise.