Pro-tip: Before flying into Buenos Aires Argentina, check on the weather forecast for hailstorms

Last Monday September 8th, an Air Europa flight from Madrid was 12 minutes away from landing at its destination in Buenos Aires Argentina when it found itself in the middle of a hailstorm. As those from the plains areas of Southeastern South America (Argentina, Uruguay, South Brazil) will know, the hailstones in these storm clouds can sometimes be frighteningly big and that’s what the Air Europa pilot of the Airbus A330 (with 230 people on board) found out this week. 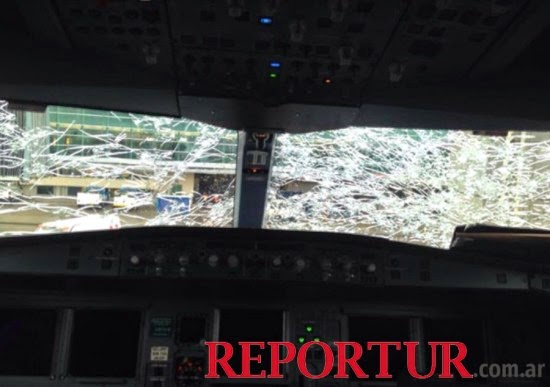 We’re happy to report that the plane landed safely, which is testament to both crew and the build quality of the Airbus. Full report and more photos right here at the Reportur.com.ar page.