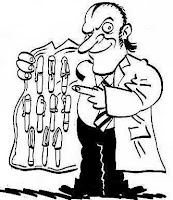 In Venezuela, there is mucho talk from mucho places about how the goverment is setting itself up to raise cash by selling (or attempting to sell) a new swathe of bonds to a willing world. This article in Bloomberg outlines the bureaucratic nuts’n’bolts filings that have taken place recently. Most intriguing are the manifold rumours swirling around about gold-backed bonds being emitted by CVG. There is a lot of confusion and the story is by far from definitive yet, but this (as far as I can work out) is the general scenario:

2) The idea is for CVG to raise up to U$6Bn on dollar denominated bonds that will be backed up by gold production in the years to come.

3) Much the same way as the previous years’ PDVSA bonds emissions, the bonds will be offered to Venezuelans via the private banking system. Citizens can pay for the dollar bonds using Bolivares Fuertes (VEF), probably paying a significant premium to the official 2.15/U$1 rate.

If it happens this way, the bonds will be wildly and incredibly popular with the local citizens. Even if the government makes people pay 3.0 for every bond-dollar, it’s a big difference to the 6.50/6.90 spread currently offered by the parallel market. Or put theoretically:

Now for sure the scenario isn’t as smooth as that, but the theory will hold true even if the bank takes a more probable 30% haircut on the bonds (i.e. gives you U$700) and even if the parallel rate drops to VEF6.0 = U$1 (you finish with VEF4,200, which is still a nice day’s work).

The question will then be “What do the local banks do with all their CVG dollar bonds?”. These will be rather….hmm, how can we say this diplomatially…rather dubious financial devices in the end. Backing a dollar bond with revenue from gold that is still underground and mixed up in its mineral rock is a bit of a stretch, especially when you consider the dog’s dinner that CVG has made of its non-production around the KM88 region so far this….well, this century, basically. Then there’s the inflation in Venezuela and the way the local currency is fading against the dollar. A large lump of dollar debt may become rather difficult for CVG to service in the medium term and the local banks know it. They won’t want to hold a stack of CVG dolalr bond paper in their safes, whatever nominal asset value may be printed on them

So Venezuelan banks will be keen to punt plenty of this paper on to other people. AND THAT’S WHERE YOU COME IN, GRINGOS! If all the above does come to pass as has been suggested by the Veenezuelan financial jungledrums, the world financial community will certainly get the “wonderful opportunity” to invest in “gold-backed dollar bonds” from Venezuela “at a considerable and attractive discount to face value”.

My advice is that you should avoid such paper like the plague, as the buck has to stop somewhere. If…

…there has to be someone who pays for the party. Look in the mirror, blue-eyed-whitey. If all this happens, Venezuelan banks will be keen to offer any sort of arbitrage over the haircut offered to locals, so if you get the “$1,000 worth of dollar bonds back up by GOLD! for just $710” pitch, please don’t go there.

However there is another side to all this. The Venezuelan government needs the cash, so it’ll be keen to make this happen. So it must appease the local banks and make the deal profitable one for them, because otherwise it’s not going to happen and Hugo&Co won’t get their hands on the funds they seem to need (and with more than a little urgency, I gather). Therefore if the bonds deal doen’t go ahead, the flipside is that Venezuela ill have to do something quick to shore up its finances. This mean…yep you guessed it…the deval. Thus watching the parallel market in the days and weeks to come will give you a very good idea of whether the government bonds deals will happen and, more importantly, whether they will be successful. Here’s what the exchange rate looks like right now.