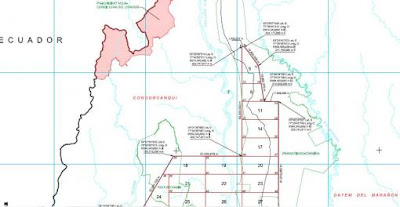 Lot 116, North Peru
Another excellent report by Fowks over at Noticias Desde Lenovo today, concerning the way in which oil and gas companies ride roughshod over indigenous locals in the Amazon basin region and then everso everso innocently wonder why people reject their presence.

Go visit the report for more (and ask Fowks anything you like in English, she’s totally proficient in the language) but here’s basically how it works:

You think Peru is a serious country? Still think there won’t be any further social problems in the Amazon basin? And when it all blows up again (and it will), this utterly corrupt and extremely unpopular government will be quick to paint the protests as “blocking progress” and the disenfranchised protestors as ignorant savages…again. And foreign press will prostrate themselves in front of these scumballs because that’s what they’ve been told to do by their controllers.
Viva investment grade. Viva, viva, viva.