Qatar to build a vagina

Qatar today unveiled its plans for the slave labour deathtrap Al Wakrah stadium, scheduled to be built in order to host the 2022 World Cup finals. The design is supposedly based on the Dhow boats used by Qataris for pearl diving, will seat 40,000 people and will be used for at least 16 of the matches. 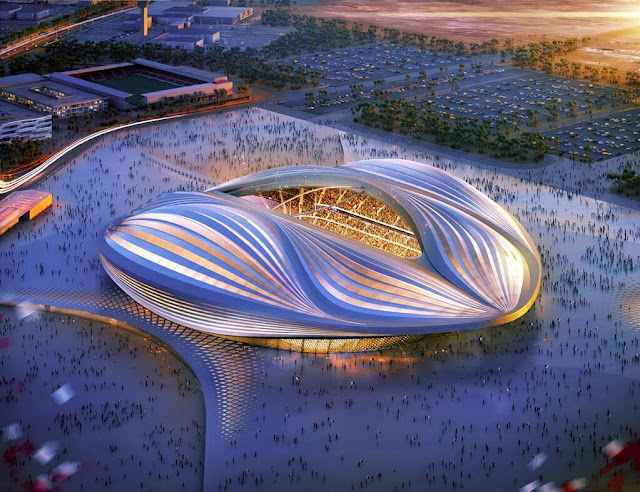 Let’s not beat about the bush; It’s a vagina, ok? I’d also agree that it’s a large, futuristic, artistic, elegant and colourful vagina. But it’s a vagina.