Answer: When he knows nothing about metals. 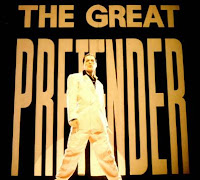 You just knew this Afghan mining thing about having one trillion (or is it three trillion?) dollars worth of minerals lying around would bring out the populist trolls, didn’t you? And sure enough, head of the queue is The Great Pretender himself. Casey’s Louis James writes the inevitable long-winded article that tries to make a serious point, but my absolute number one fave line in his FP note dated yesterday is this, while explaining why the $1Tn story is a crock:

“One does not have to be a geologist or an engineer to understand why.”

Why is James keen on pointing this out? Simple; he’s not a geologist or an engineer.

He’s not a metallurgist, either. Nor is he a miner with decades of practical experience, come to think of it. Now, that’s not such a bad thing for us ordinary Joes, as the world’s population gets on just fine in life without even wanting to have a qualification in things metallic, but it is more than strange to have a non-qualified pretender such as James signing himself off as:

So if an unqualified, self-appointed spokesperson on metals gets to be “senior metals analyst” at the band of merry dudes known as Casey Research, may the Good Lord protect us from the junior metals analysts over there.