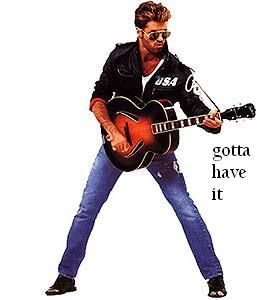 Peru
Alan Garcia sounds desperate. In another one of his condescending pep-talk speeches to (the people he thinks are) his minions, he uses the words “faith”, “miracle” and “pray” to talk about the Peruvian economy. Tis the last refuge of the political scoundrel. I still fear the worst.

Paraguay
El Nuevo Herald reports that President Fernando Lugo has (for the third time since taking office) taken his cabinet of ministers away to “a spiritual retreat” some 170km west of the capital, Asuncion, so that they can formulate their plan to combat poverty in Paraguay. It must be like camp David….but better. More mosquitoes too, probably.

Mexico
Via the wonderful MexFiles we get to hear about the Vatican report entitled, “Fides Dossier on the Question of Immigration in the United States of America”. The report includes such pearls as:

“… the institution of a free-trade area sanctioned by the North American Free Trade Agreement (NAFTA) in force since 1 January 1994, to regulate goods and capital, said [no]thing about the circulation of persons, or did anything to find a solution to the problem of migrants. Indeed, precisely in the 1990s, the competition of multinational companies and a capitalistic agriculture, inflicted a severe blow on Mexico’s economy, causing a rise in the unemployment rate, a substantial drop in industry wage levels and economic growth at minimum terms. The NAFTA, intended to bridle these tendencies, on the contrary, encouraged them.“

As Mexfiles says, “AMEN TO THAT”