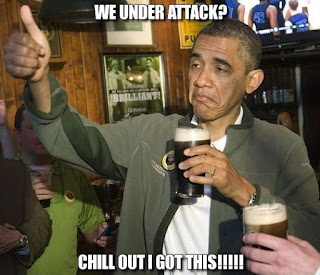 IKN is amused at the news from Richmont Mines (RIC.to) (RIC) this afternoon about the C$27m bought deal that’s basically a C$31m deal because the overallotment is probably fully taken already. So, just under 3m shares added to the pile, but the funny bit is the reason Monsieur Adams gives for the raise:

“The Corporation intends to use the net proceeds to aggressively expand
the current exploration program as well as potential organic growth
opportunities at the cornerstone Island Gold Mine.”

Blackadder: You see, there was a tiny flaw in the plan.
Baldrick: What was that, sir?
Blackadder: It was bollocks.

As at March 31st 2016 RIC had C$61.192m in cash treasury and a working cap of C$54.306m. It’s probably got even more than that now, what with being half way through Q2 and running a very profitable mine. But apparently 61 large just isn’t enough to run an aggressive exploration program, it desperately needs another $31m or so in order to pay for drill rig teams without feeling strapped for cash.
Or more seriously, if you can’t see a defensive move by a board trying to stave off buyout bids (from at least Tahoe Resources, maybe others) staring at you in the face, then there’s not much hope for you as a mining investor. It’ll be interesting to see how GMP spins this bot deal in its notes to clients mañana.
x