Contrary to rumours that did the rounds in Lima a few weeks ago, yesterday Rio Tinto (RTZ) announced today Gestión revealed that RTZ was renewing its concession for the big La Granja copper project in Cajamarca Peru for another eight years and plans to re-boot its exploration and development of the project in 2016. Here’s a photo of the dead wood version of Peru’s biz paper Gestión with the news: 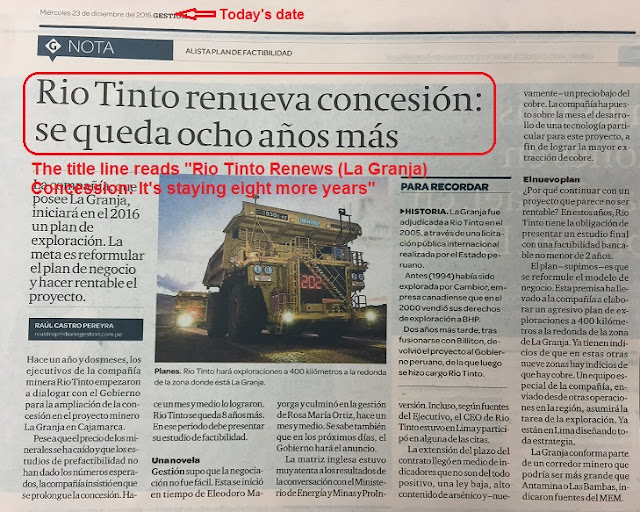