Rule one in politics: Never, ever, ever admit you’re wrong 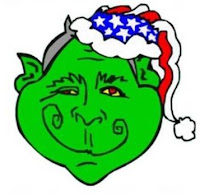 And so with a flourish of the pen, President of the United States of America George W. Bush suspends Bolivia’s ATPDEA trade advantages and, according to those that know these things, puts around 25,000 people out of work in the urban sprawl of La Paz and El Alto. The suspension takes effect on December 15th, just in time for Christmas.
Look, it’s his right to do this and Bolivia cannot impose its sovereign will over this. When the man says “No Soup For You”, there’s no arguing. But the USA just makes itself look stupid by denying it has anything to do with the expulsion of US Ambassador to Bolivia Philip Goldberg and insisting, as they did once again this afternoon, that it was all about the lack of effort in Bolivia’s “war on drugs” (my how I hate that phrase). To put it in context, here’s a link to an important report that hits times, dates, names and everything to prove that there was no great problem between Bolivia and the US DEA up to the moment that Goldberg was thrown out. Here’s an excerpt from this very well-written report:

President Morales took office in January 2006. The Bush administration did not decertify the Morales government in September 2006, nor in September 2007. Nor was there any indication, prior to Ambassador Goldberg’s expulsion, that things would be different in September 2008. As recently as March 2008, the State Department noted in its annual International Narcotics Control Strategy Report (INSCR) that

“Bolivian and U.S. officials meet regularly to coordinate policy, implement programs/operations, and resolve issues.” Moreover, the March 2008 INCSR noted that in 2007 Bolivia had “surpassed its own coca eradication goal of 5,000 hectares”7 (one hectare equals 2.47 acres) and that “[a]ll seizure and interdiction statistics increased in comparison to 2006.” Even with regard to the Bolivian government’s policy of pursuing coca reduction through negotiated, voluntary eradication, the 2008 INCSR highlighted close cooperation:

“Despite challenges in transitioning to a new policy environment, bilateral cooperation in Integrated Alternative Development (IAD) remains strong. In the early part of 2007, the U.S. Mission, in consultation with Government of Bolivia counterparts, adjusted its IAD program to more strategically support the GOB’s net coca rationalization strategy and diversified development with declining budget resources.”

Another good link on this subject (and a little more accessible) is Jim Schultz’s Blog from Bolivia’s recent report here (it features the same WOLA report). But hey…we don’t need no stinkin’ facts.

Meanwhile, have a wild guess about the fate of those 25,000 soon-to-be unemployed workers in Bolivia. Let’s play a quick round of “if it were me” and see if you can spot another basic problem with Dubya’s grand plan. Question: If you were a Bolivian manual worker who had just been laid off from your job in a texiles factory and couldn’t find any other employment would you:

a) Hang around a cold dusty urban sprawl that sits nearly 13,000 feet above sea level with no job and no money? Or maybe you’d choose to……

b) Get on a bus and five hours later get off in the semi-tropical Yungas to tend a smallholding of coca plants that had been “donated” by a sponsor, the only condition being you sell him your harvest at the market rate. The job wouldn’t take more than 6 hours of your day and the pay, although not great, would easily keep you and your family fed, clothed and watered.

Tough choice, huh? But hey…..you just KNOW that Bush’s policies will cut cocaine production and help his godforsaken war. And you know it wasn’t just tit-for-tat spite that has brought him to suspend the trade deal. And you know how loved the USA is in Latin America. Hearts’n’minds? Nah, leave that for the Russians…………..

If you are a US citizen reading this post, I wish you a very Happy Thanksgiving.

UPDATE: Bolivian authorities today made two big smuggling busts, and both were strangely half a metric tonne in weight.

The first was over half a tonne of cocaine seized by the Bolivian FELCN anti drugs squad. Six Bolivians and three Peruvians have been arrested in the swoop.

The second half a tonne was a consignment of contraband ammunition, bullets and shotguns shells that had been sent from….roll on the drums….yes, you guessed it, the USA.

Yep….happy Thanksgiving folks. You have a lot to be thankful for.