Rusoro (RML.v): Blocking out the noise (another episode of ‘cui bono?’) 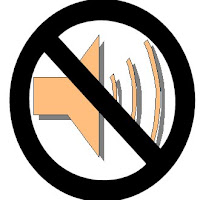 On Saturday IKN ran and linked the report in The Vancouver Sun that implicated André Agapov, CEO of Rusoro (RML.v), in banking crimes in Thailand that have put people behind bars. So by way of balance (on this blog?..wow) here’s the link to the RML.v comeback that went out last night and here’s the moneyline(s):

Far from filing any charges against Mr. Agapov, the Thai authorities have sought and obtained his cooperation and assistance. In the early 1990s, Mr. Agapov had a junior position in the Russian banking and commercial organization called “OLBI”. In Bangkok he served as a Russian/English translator for a principal of OLBI. As a result, the Thai authorities interviewed him as a friendly witness and assured him that he was not under investigation.

Read the whole thing, because it’s a strong reply. “What?”, I hear you say, “an unjustified hit-piece in a Vancouver publication about a Canadian junior miner in Venezuela with Russian owners? What a shocker! There otta be a law, ya knowz!!”

There has been an awful lot of noise around Rusoro recently, of course. The GRZ hostile bid, the court injunction, the non-stop “Chávez’s friends” nods and winks from mine chattering (no)class, the oogabooga Russkies are coming noises from those who still buy the J. Edgar Hoover line. Et cetera et cetera et cetera. But there are always manifold sideroads to travel down, not just the ones that those who would control your mind want you to visit. As an illustration, the Vancouver Sun note on Saturday got your humble correspondent looking a little more closely at Rusoro’s numbers, projections etc and, it must be said, they really do stack up nicely and make it a junior at least worth considering.

First thing to note is that Rusoro actually produces gold, a fact that immediately separates the company from the other Bolivar State junior miners. Secondly, in 2008 it really made progress on both production levels and cash costs. RML.v produced 111k oz Au in 2008, and the 38k or so in the last quarter came at a very profitable cash cost of U$358/oz. Now if we look at the 2009 projections, the company expects to produce 170,000 to 190,000 ounces of gold and is also expecting to trim that cash cost even further.

I’m going to keep things ballpark here, so for argument’s sake (and pick your own numbers if you don’t like mine, I’ve done my XLS spreadsheet and we can split hairs all day on these things) RML.v ends up by netting for itself U$350 of the gross revenues per ounce. By taking 180,000 as our own target that puts us at U$63m profit.

Now a lot has been said about the large share dilution at RML, so let’s look at that. Right now there are 391.5m shares out and a fully diluted number of 535.6m (and it should be noted that the vast majority of those warrants are way out the money and shouldn’t be worried about too much as an overhang threat right now). To those numbers we have to add the recently announced placement, where RML.v is raising a tad over C$100m by selling 167m new shares (no warrants, and the offering is underwritten by Canaccord). This will bring shares out to 558.5m.

So, back to my very ballpark forecast for RML.v of U$63m in revenues for FY09. That works out as a projected 14.3 Canadian cents per share (using today’s forex U$1=C$1.27). With RML.v currently trading at C$0.52, this thing, even after the large dilution, is trading at less than 4X earnings.

That’s not bad at all for a gold miner going through its major growth period. Money talks and BS walks?

The above is a rundown of the numbers, for sure. I’m not going into the political side of the RML.v equation at all here. In fact on a personal level I’m still leery and still officially avoiding all things Venezuela investments, as there are clearly issues both real and imagined about the country. But run the numbers on RML.v and the value is obvious. Rusoro didn’t need to get control of Brisas to be numerically attractive. The dilution to come is the dilution to come, but it will add C$100m to the coffers that will help bring its own projects online. Look into the company yourself and you’ll see that forecast production is set as rising much higher in the years 2010 and onwards, no Belanger required.

There comes a moment when risk is outweighed by reward and each person’s tipping point is different. I know people that are happy holders of RML.v. I know others that won’t touch the stock. I know of others like me, the fence-sitters (after all, plenty more fish in the sea). All these positions are valid in my opinion. DYODD, I really mean it.

Final thought about that Vancouver Sun hit piece: Do they have something against Canaccord all of a sudden? The games people play, eh……….

UPDATE: Roy Carson at Vheadline can go **** himself. The cyberparasite turd pastes the whole of this article on his site with a tiny link.