Better news in the polls for Seb Piñera, as Chile’s record-breakingly unpopular President is rather less unpopular all of a sudden. According to the latest Adimark monthly poll, Seb got a 7 point boost in approval and now stands at 33%. Here’s the chart ripped from the PDF (h/t Setty): 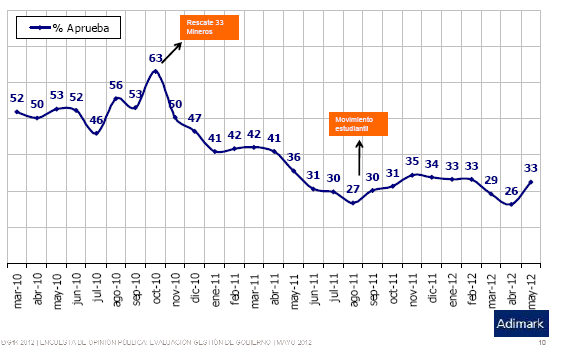 His improvement was driven by two main areas, that of approval in his employment and economic policies. He’s still not polling wonderfully, it must be said, but at least we’re out of the 20s and back to the default range of the last year and a half.