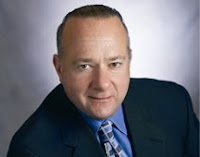 The CEO pose
We’re often snarky and scathing about blatant insider selling by company directors that care far more about their own back pockets than the wellbeing of shareholders, so it’s fair dinkum* to note some significant insider buying today, point a finger at a director using his money to add stock in his companies and say “Good on yer, mate”*

So let’s highlight Sheldon Inwentash, head honcho at Pinetree Capital (PNP.to) and w00t him with a “Hey dude..serious buying”. Here’s the latest set of filings….

….but that’s just brushing the surface really, as our hero Shelly has added a total 1,103,900 shares of PNP to his portfolio in November and December 2009 to bring his total up to 3,136,144. But wait! There’s more! In the same period he’s tacked on insider purchases in other companies where he sits as director or advisor or general moneybagman. The list includes 434,000 shares of Latin American Minerals (LAT.v), 830,000 shares of Mega Uranium (MGA.to) as well as other purchases in smaller stuff. So hats off to Sheldon for putting his money where his mouth is. Say what you like about the guy, but at least he has confidence in himself and his companies.

*I’ve come over all Australian today. No idea why.