Simon Romero does it again 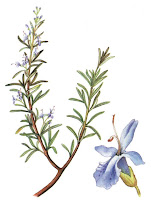 This long note covering the run-up to next weekend’s referendum vote in Venezuela written by Simon Romero of the NYT is once again a good, balanced piece of journalism. It gathers opinion from the people that really matter, i.e. Venezuelans, and gives every view a shot. It even pots a shot at the laughable Goicochea on its way through, scoring significant bonus points chez Otto.

It also follows on from this note dated January 22nd when Romero wrote fairly and in a balanced way (‘know, just like what reporters are supposed to do) about the Luis Posada Carriles terrorist/plane bombing/extradition case.

What’s come over Rosemary all of a sudden? Heaven knows I’m no fan of the guy, but credit where it’s due. These two reports are good stuff indeed. So go read the Venezuela election note today as it’s a fair snapshot, far better than most of the tosh being written in the English language about Venezuela’s situation and well worth your time.