So what’s going on over at Aquiline (AQI.to)? 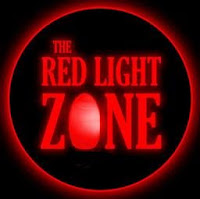 The company has been tight lipped about things, but according to this Spanish language report from way down Chubut Argentina way and dated the morning of Thursday, 21st May, the Environmental Impact Study submitted by AQI.to to the provincial government of Chubut has been rejected and they have a maximum of 60 days to come up with a better idea.
In the news report, Chubut’s Environment Minister Juan Garitano tells a local radio station that “the updated report of environmental impact (for Aquiline) mentioned in the reference is not in conditions to be approved for the environmental aspects it refers to, as it does not comply with the sufficient technical requirements for the stage in which it finds itself.”

It never fails to amaze me that mining companies forget to mention these things to their shareholders. I mean, screwing up an EIA, getting a red light from the local bigwigs and putting the whole project at risk is probably something they’d like to know, dontcha think?

Thanks to reader M for the headsup on this.