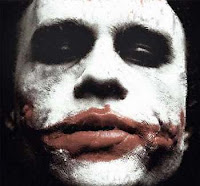 why so serious?
Joke one is from Ecuador, where FinMin Viteri yesterday announced that the 2015 Global bonds weren’t under default after all and paid the necessary coupon. GPB at MktMemo sums it up nicely when writing “Don’t expect bondholders to be as lenient with Ecuador as they were with Argentina a few years ago”

Joke two is from Argentina, as yesterday the Klishtina government had the brass neck to announce that Argentina’s 2008 inflation came in at 7.2%. Triple that number and you’re getting closer, according to anyone with a functioning brain that knows the country.

Joke three is from Venezuela, as Crystallex shareholders still believe their company has a future in the country’s gold mining sector. Wrongo! The only future in store for KRY is centred on bankruptcy and civil litigation courtrooms.