Stock of the week is…. 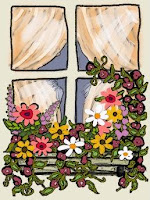 The thing has just taken off like a scalded cat thanks to three pieces of very positive, price driving news.

1. Ross Beaty bought another chunk of the stock, this time on the open market. You see the 2m going through at $2 on the chart? All Ross. By the way, today he installed his man on the BoD at VEN.to, with Robert Pirooz the man indicated.

2. TD Securities (via its Newcrest subsid) today issued a Spec Buy rating on VEN.to with a price target of $4. I have a copy of the early morning alert here (the fuller, more in-depth fundy analysis is to follow, they say) but the argument used by TD is a brave one. They’ve taken a bunch of drill core results (admittedly there are quite a few of them, but still….) and before even an initial resource estimate has been made by the on-site team has assumed a 10,000tpd thruput machine on top of the resource, with capex figures and all, that whacks out 490,000oz Au per annum over seven years at a cash cost of under U$300/oz. If you get the chance to read a copy, do so. I haven’t a clue where you can get one, though…..oh, by the way, any time anyone would like to drop me a line it otto.rock1 (AT) gmail (DOT) com, though why that should occur to me now is quite beyond me….

Anyway, it looks as though the analysts were told to come up with a compelling buy scenario for VEN.to and then did so in spades. Overall I have to applaud analysts Daniel Earle and Shey Ylonen as I’m sure they both know they’re sticking their necks out. However it’s good to see a corporate analysis be strong and bold and challenging for a change….far too much wishywashy dross to read out there otherwise.

3. This latest drill return PR that hit the interwebnetpipes at 1:09pm and shot the stock up another leg (it finished today a measley 54.7% up on 5X volumes). Dudettes and dudes, 94.5m at 5.83 g/t Au is a seriously, seriously good piece of drillcore.

The result is the unstoppable climb of VEN.to. I’m very happy for a couple of readers, especially BB who’s been loading the boat all this time. I’m filled with a bit of chagrin for having got on early and then stepped off early, but not too down about it. I made a good profit (which would have been a great profit) and there’s no reason to moan too hard; a win is a win. I’m more annoyed with myself about badly leading at least one regular reader out the stock who traded in and out with me…remember that i’m the whussy one, dudes. But that Beaty guy sure has the perma-Midas touch, no? Maybe it’s time to look at that Argentine copper thing of his again…..