Sure fire tell for scammy stocks moving into LatAm

They can’t spell the names of the countries correctly.

“.. is situated in Equador near the Peruvian border and was acquired by….”

For sure the stock is up on big volumes…. 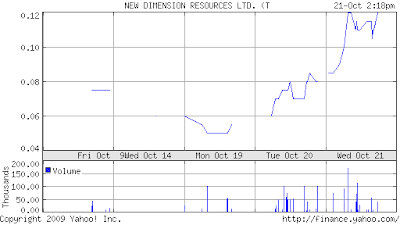 …cos that’s what scam pumps do (the insiders know exactly when it’s getting the treatment, the rest tag along and get sheared). But what they forget to tell you is the extremely strong anti-mining sentiment in that very northern Peru border region, exactly where NDR.v want to play, in fact. If you don’t believe me, ask Dorato (DRI.v) just how far their prospecting has got these last two years…and the kidnappings they suffered. Oh, and did it suddenly slip their mind as to how no mining activity is allowed in national reserves like this one? And wow!, the whole thing about the laws in Peru not allowing foreign ownership of land within 50km of any border. And then there are the tens of thousands of land mines (not kidding) that were left in the area after the Cenepa war (more like a skirmish, but a fight’s a fight) between Ecuador and Peru in the 90s. Then there’s the total inaccessibity of the area and the way they’ll need very expensive ‘copter support to go in and visit….and that’s tough when you run a company with a around $300k in working capital. But hey…details right? Party on, Garth.

Need I say it? Avoid NDR.v like the plague.