The conspiracy theorist’s guide to the gold price in 2015

There are basically three phases: 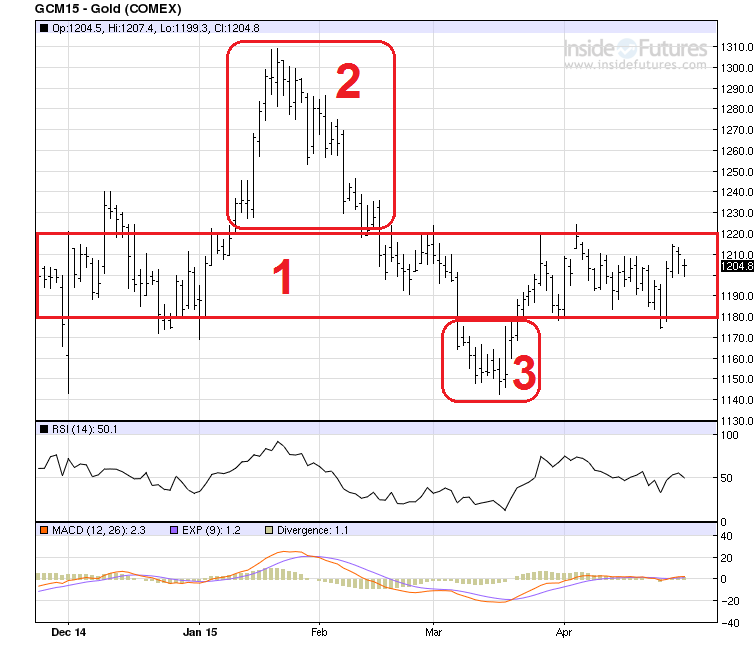 1) The most important, is that THEY want to keep the gold price in a narrow trading range. The $40/oz fluctuation in this bracket is only 3.33% of the median $1.2k, which makes gold rather boring and uninteresting to our casino world of thrusting players and jocks.
2) This is the moment THEY lost control for a couple of weeks, probably due to the nerves around the Swiss Franc’s potential loss of reserve status and the collapse of the Euro that sent Old Continent squillionaires running for whatever cover they could find. However, after some intervention and collusion from the Chinese Powers That Be (who want to keep gold low so they can clean up), the price was dragged back to heel.
3) This was when El Salvador announced its  intention to sell its 5.4 tonnes of physical gold to the world, to which the PTB said “Sure! Sell us your gold!” and dropped the price to earn themselves that little bit extra. When Sanchez Ceren was done, the New Normal was re-established by THEM.
It’s really quite simple. Zerohedge needs to up its game.