The DEA in Bolivia 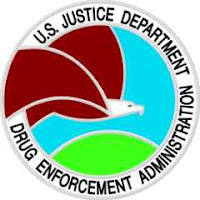 So come on, riddle me this one dudettes and dudes:

What were the 37 US Drug Enforcement Agency agents in Bolivia doing with 1,000 (one thousand) M-16 machine guns?

Below is an excerpt from this fascinating report written by Roger Burbach and published in Upside Down World. Will the US keep insisting on Evo’s paranoia? Go click that link and read for yourself. Unmissable.

Morales went on to disclose that a plane with North American registry called Super King had flown to airports in the Media Luna without registering flight plans or providing notification of “the cargo it transferred to pick up vehicles when it landed on the runway, in clear violation of our national sovereignty.” Bolivian intelligence also discovered seven security houses run by the US “that carried out political espionage,” including telephone surveillance of political, police and military authorities (19)

The DEA and its 37 agents were expelled from the country. The Bolivian government appropriated what amounted to a DEA military arsenal, including airplanes, boats, ground transport vehicles, communications equipment and one thousand M-16 machine guns.