…is worse than the end of 2015 in the mining sector.
Back then the sentiment was merely exhaustion, mining investors had been beaten near-senseless after nearly three years of a secular bear for miners that had sapped all strength and removed any hope. This time is isn’t just exhaustion, as after consulting and conversing with all types of industry people, from CEOs to retail and all points in between, there’s also a large measure of hatred in the air for mining stocks. People are sick and tired with the way all lessons from the bear period were ignored by mining companies, who just latched onto the pop in metals prices of early 2016 and told us that this is fine… 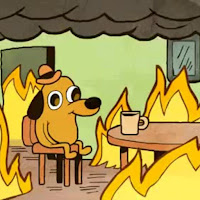 …when it was far from fine. Zero lessons learned, therefore when the metals rally petered out we shareholders were still under the burden of profligate spenders of Other People’s Money who don’t give a fig about their companies’ financial well-being, hold very little skin in their own games and only care about making sure the salary cheques kept rolling in (or if they didn’t, converted quickly into shares that get blown in our faces).
Fellow mining shareholders, make your list of companies right now. And when the next metals bull arrives, make a point of not rewarding the idiot companies in this sector. There are many.
Personally speaking, 2018 cannot end too quickly.